This post is a copy-paste of the post I've made on Steam. So if you prefer you can go view it here.

It has been quite some time since I've posted anything about SpritePile but fret no more fellow sprite stackers! I'm here with some very exciting news. After a few quiet months of on and off development I have decided to take the leap and go full-time on SpritePile 2. I've laid out most of the ground work so at this point it's mainly feature implementations meaning that the slow boring work is already wrapped up.

But who cares about development right? I WANT TO SEE WHAT'S NEW! Let's see what you can expect in the next SpritePile...

Keep in mind this is a screenshot of the current development build and doesn't represent the final product. 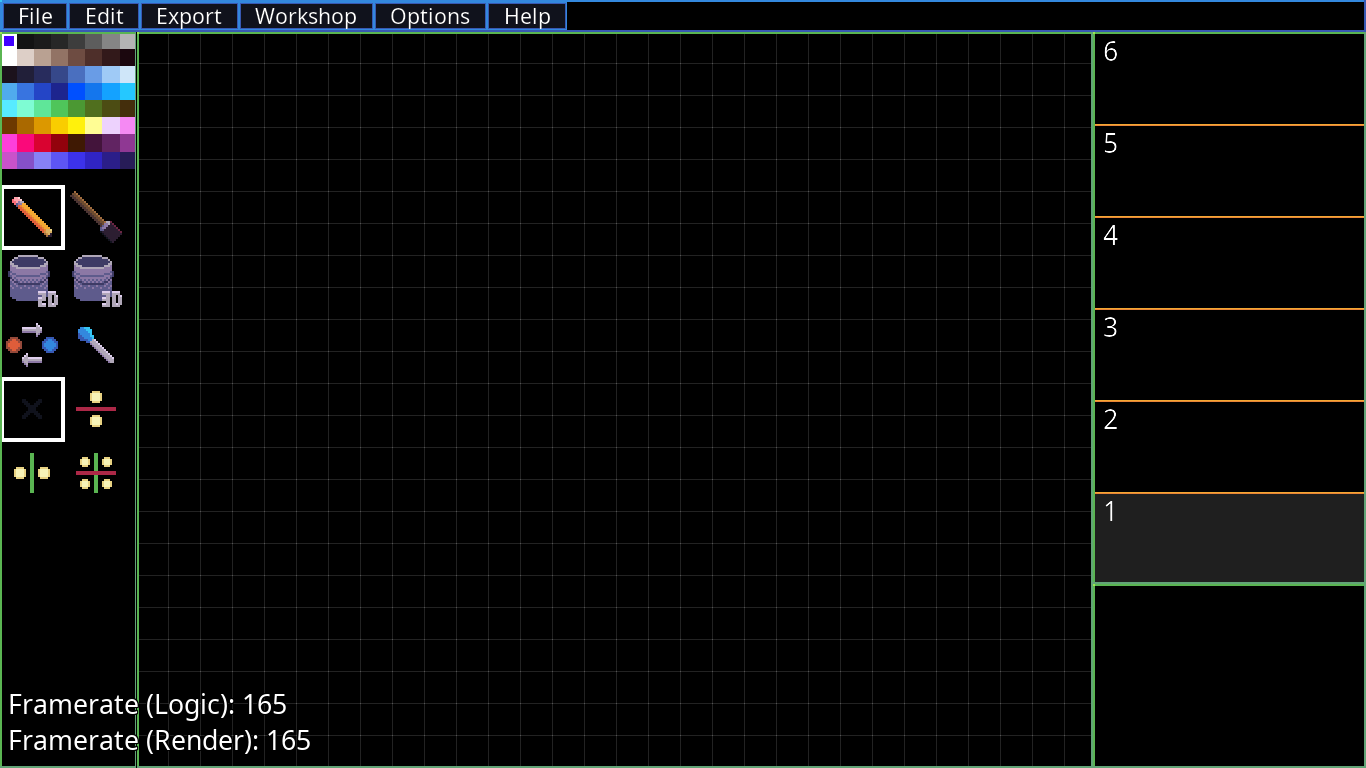 You'll be able to upload and download other peoples shared works! This will hopefully bring us together more as a community and help others learn how to create more refined sprite stack art.

The UI is resizable finally! That means adjusting the size of the window doesn't squish the pixels down and make it impossible to see. It also means that you won't get blackbars on the sides of your window anymore! This feature isn't fully implemented so you're going to see some oddities in the screenshot below.

The framerate is no longer locked to 60 fps! You can modify the target framerate for logic/rendering separately. This is very useful if you have a higher refresh rate monitor and want the smoother motion or if you want to reduce CPU usage you could lower the logic framerate.

This tool is considerably faster than the previous iteration (not that the last one wasn't fast). This is an important change that was required to implement the next feature...

There are memory limitations of course but canvas sizes as high as 1024x1024x128 (About 3.2 GB of memory is required for a canvas this big) have been done without issues beyond some performance slow downs. Certain tools such as the bucket obviously don't fill a canvas that large instantly but at least it's possible now! Canvases also are free from the square shape restrictions, you could make it 256x128x64 if you wanted!

I'm open to suggestions for new tools! So far the only new tools I've added are a 3D bucket fill and a brush. The 3D bucket can bucket fill just a like normal but it checks layers above and below itself. Click once on a mono-color pillar and change the color of the whole thing! The brush tool works similar to how the resizing of the pencil works in Aesprite. It technically supports custom brushes so that may be something I implement later on.

I've put together a few shaders to improve the eye candy of your sprite stack. It's not just a flat colored image, wow!

The OBJ export ideally will support proper culling this time around (counter-clockwise) which means that it'll be more useful to game developers using 3D voxel models. There will also be a vertex buffer export option that can be loaded directly in Game Maker Studio!

This version will include translations as they become available just as the last version did. This time around the fonts will be much more readable.

I hope to post another update on the development soon!

Thanks for the support as always!